NewCourtland Center for Transitions and Health

Cognitive impairment adds to the complex care needs of up to 43% of hospitalized older adults in the U.S., negatively affecting patients’ health and quality of life and unnecessarily increasing health care costs.

In an exploratory study, we identified the needs of cognitively impaired hospitalized older adults and their caregivers throughout an episode of acute illness, and examined differences in both patients’ and caregivers’ needs at specified times during and after hospitalization. One of the significant findings of this study was the need for increased responsiveness to patients’ and caregivers’ needs during the one-to-two-week period after hospital discharge, a time when both groups felt especially vulnerable. During this time, patients are at increased risk for poor outcomes such as rehospitalization, yet caregivers report a substantial number of unmet needs. At six weeks post-discharge—when most visiting nurse services end—patients and caregivers still felt the need for ongoing support in meeting health care needs. This suggests that it might be preferable for nurses to remain involved in care management for a longer period, perhaps in a less intensive way (for example, through telephone support). We adapted the TCM and tested its ability to meet the identified needs of hospitalized cognitively impaired older adults.

In a comparative effectiveness study, we compared the care experiences and health and quality of life outcomes of hospitalized, community-based, cognitively impaired older adults who received the TCM with similar groups who received other evidence-based interventions. Patients receiving the TCM had significantly fewer all-cause rehospitalizations through six months post-index hospitalization. 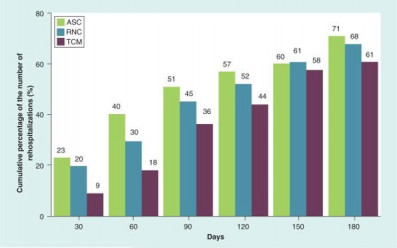 The cost impact of TCM on this vulnerable population was also examined. The TCM group had significantly lower costs than the Augmented Standard Care group at both 30 and 180 days, and significantly lower costs than the Resource Nurse Care at 30 days. These findings suggest that the TCM can reduce both the amount of other postacute care (i.e., skilled nursing facility stays) and the total cost of care compared with alternative services with cognitively impaired older adults. 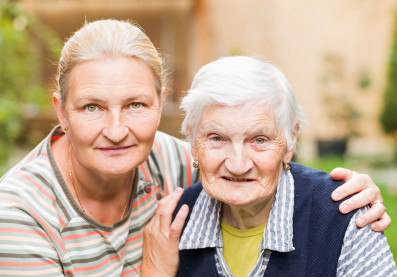