Led by Wendy D. Grube, PhD, CRNP, FAAN, Director of the CGWH, the conference was an opportunity to further fulfill Penn President Amy Gutmann’s Penn Compact 2020 vision to engage locally at the community level. It was also an opportunity for Penn Nursing students to engage with neighbor’s in Penn’s own backyard; Penn Nursing students helped to organize, run, and publicize the conference. 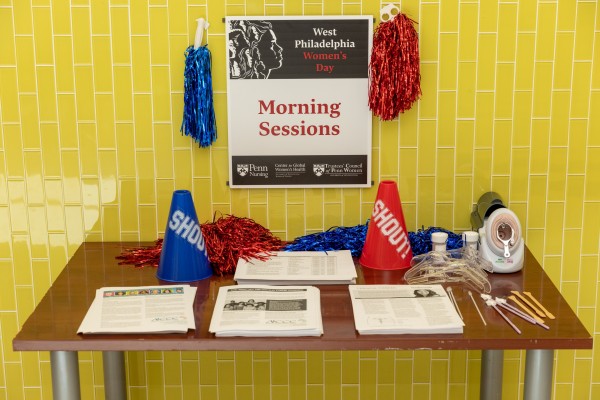 NSRH members get trained in supporting patients through gynecologic procedures.

Hahnemann Hospital Closure - and History of the Midwives Who Worked There

Hahnemann’s Nurse-Midwifery practice was founded by two Penn graduates. Numerous Penn students had the opportunity to learn at Hahnemann, and some joined the practice after graduation.

Penn Nurses for Sexual and Reproductive Health recognizes the closure of Hahnemann as a major loss in access to reproductive health and choice in Philadelphia, and a devastating example of the priority of profit over the health of the community.

On April 8, 2021, in recognition of International Women’s Day and Sexual Assault Awareness month, the Center for Global Women’s Health and the office of Global Health Affairs presented the Soad Hussein Hassan Global Scholar Lecture featuring Christina Lamb, author of Our Bodies, Their Battlefield:  What War Does to Women.  Christina gives voice to women in conflict, exposing the world’s most neglected war crime— the use of rape in modern warfare as a weapon to humiliate, terrify, and carry out ethnic cleansing.
Penn Nursing. Innovating for life and living.