This month, an important chapter in black history is getting some well-deserved attention—as well as a generous donation. The archives of West Philadelphia’s Mercy Douglass Hospital School of Nursing have been housed for decades at Penn Nursing’s Barbara Bates Center for the Study of the History of Nursing.

The archives chronicle the city’s first training program for black nurses and a critical chapter in the history of desegregation and civil rights. The school, which resulted from the merger of two hospitals – Mercy Hospital and Fredrick Douglass Hospital – operated from 1895 until 1960.

The Mercy Douglass Alumni Association is in the process of dissolving “mainly because people [are] getting older,” said the group’s attorney, Arnold B. Kogan of Harrisburg. As a nonprofit, Pennsylvania law requires that the Association’s funds go for charitable purposes. “Because of the archives being maintained by the School of Nursing the membership wanted to honor that,” said Kogan. Part of the dissolution involves closing its bank account. The surviving alumni decided to give $10,000 to the Bates Center – comprised of a reading room, hallways of photographs and documents, and a floor-to-ceiling temperature-controlled archive commemorating the history of nursing, nestled into the second floor of Claire M. Fagin Hall.

“When the Bates Center was established some thirty years ago, one of the seminal collections we received was the archives from the Mercy Douglass Hospital Training School,” said Penn Nursing professor Patricia D’Antonio, PhD, RN, FAAN and director of the Bates Center. “Mercy Douglass is one of our most important collections – one of our largest and most used.” Through transcripts, student files, letters of reference, handwritten applications, and photographs, it preserves the experiences of African American nurses. “It documents their lives in the community and their lives after graduation,” said D’Antonio, “It documents experiences of discrimination, of power, of the experience of how change comes about both in nursing and the healthcare system, and how African American nurses as a clinical profession participated in the civil rights movement.”

Hafeeza Anchrum, RN is a fifth-year Penn Nursing PhD student. Her dissertation project is “Nursing, Healthcare and Civil Rights: The Mercy Douglass Hospital & Nurse Training School, 1945-1973.” Mercy Douglass, she said “was very well known. It had an extraordinary reputation.” She described it as an “extraordinary lens to look at civil rights, black women’s labor history, nursing history, and the development of hospitals,” she said. “Black nurses catalyzed the movement for healthcare equality that would later link up with the civil rights movement.”

“Our classes were small,” recalled Elizabeth A. Williams, RN, a 1954 Mercy Douglass graduate originally from Steelton, Pennsylvania and now a Harrisburg resident. “We never had any nurse that graduated from Mercy Douglass have any problems getting hired at the different hospitals in Philadelphia because we were known to be well trained young women.” Williams went on to work as a psychiatric nurse in Philadelphia and then, after initially being rejected by Harrisburg State Hospital, was eventually hired as its first black RN. 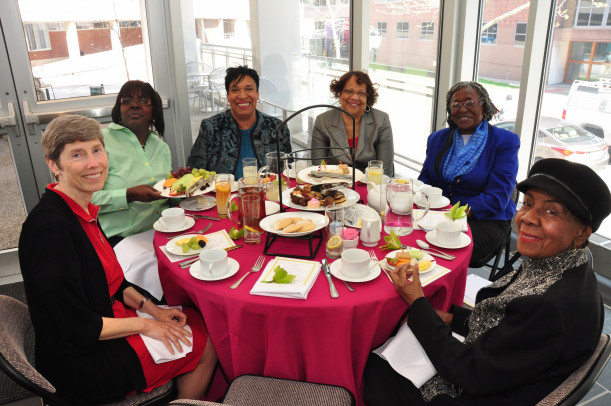 Thanks to its alumni, the Mercy Douglass Hospital School of Nursing will live on through its archives at the Bates Center, where generations of scholars will continue to study the rich history of African American nurses and their contributions to civil rights and society.

Photographs from the Mercy Douglass Archives, Courtesy of the Bates Center 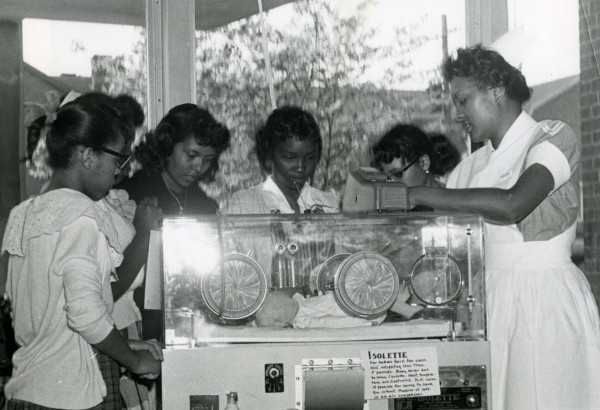