It was an accusation Heather Kelley-Thompson, Deputy Director of the Robert Wood Johnson Foundation Future of Nursing Scholars (RWJF FNS) program, heard more than once as the initiative launched in 2015. The nationwide program— headquartered at Penn Nursing—aimed to put the Institute of Medicine’s 2011 Future of Nursing report directive to double the number of nurses with doctorates in the United States into practice—through a three-year course in which participating Schools created accelerated curricula. This would upend traditional PhD programs that typically take five to seven years.

“In the end,” Kelley-Thompson says, “even those people who were suspicious of the program could agree that we were committed to doing what’s best for students—and what’s best for health care.” The need for more PhD-prepared correlates to older generations of nursing leaders leaving the workforce and creating a leadership void. The RWJF FNS program, which sunsets this year, proves an accelerated PhD, while tough (most participants cannot work full-time while in the program), is viable: 202 nurses have earned their PhD or will be graduating shortly.

Julie Fairman PhD RN FAAN GNu’80 GRN’92, the Nightingale Professor in Honor of Nursing Veterans at Penn Nursing and Director of RWJF FNS says, “[The program] has been wildly successful. Those who have gone through [it] are primarily landing in postdoc and ac- academic positions, helping to address the nurse faculty shortage. We have graduates of the program who have gone into government, into public policy. Some have started their own businesses.”

She adds, “The mission of the program was not just to develop scientists and the faculty of the future, but to give graduates the skills to be true leaders.”

Shoshana (Shoshi) V. Aronowitz PhD MSHP FNP-BC GR’19 GR’21 is a graduate of the RWJF FNS program—and is now an Assistant Professor at Penn Nursing. She points to the network of co-scholars and mentors, as well as the yearly conferences, as what makes the program special. “I felt incredibly supported. The atmosphere was encouraging and not, in my experience, competitive,” she says.

Aronowitz was mentored in the program by Therese S. Richmond PhD RN FAAN GRN’95, the Andrea B. Laporte Professor of Nursing and Penn Nursing’s Associate Dean for Research & Innovation. Richmond says, “The human and financial resources available to Shoshi through this program allowed her to focus fully on developing as a scholar. I am so pleased to have been a part of her journey.”

While the RWJF FNS program comes to a close, the three-year PhD option will continue at Penn Nursing and many other schools. Additionally, the program has produced a body of
knowledge that will inform the future of nursing PhD education: Fairman and her team will produce several papers on program outcomes and recommendations for PhD education going forward.

Fairman says, “The RWJF Future of Nursing Scholars program shifted the paradigm, and it’s made Penn Nursing a leader in envisioning PhD education. We’ve had great support from Dean Villarruel—she is committed to innovation on so many levels. Other nursing schools are also changing the way they look at their PhD programs in terms of curricula, length of program, and leadership content. It’s very exciting.”

Where Are They Now?

We checked in with Penn Nursing’s first FNS graduates for an update on their careers and where they are now. 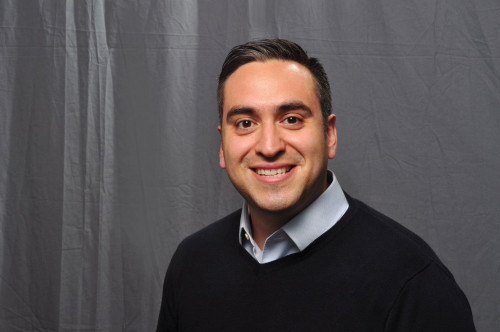 Stephen Perez PhD RN CRNP ACRN GR’17
Nurse Epidemiologist at Centers for Disease Control and Prevention
A commissioned officer in the United States Public Health Service, Stephen is currently
a nurse epidemiologist in the Division of HIV Prevention’s Detection and Response Branch at the CDC. His work there centers on using multiple methodologies to detect and respond to HIV clusters and outbreaks across the country—a key component to ending the HIV epidemic in the U.S.