The Census and Health Care

How Penn Nursing is helping to get an accurate count— and why it matters. 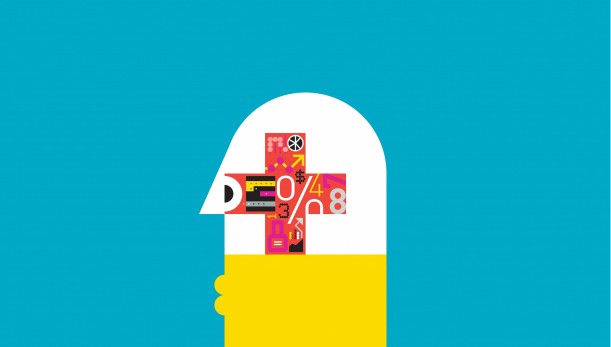 Each decade, the U.S. government trains and dispatches thousands of census takers to help us get an accurate picture of who lives in America. This epic surveying event has implications for nearly every aspect of American life—from the number of representatives who are apportioned to states, to the amount of federal funding funneled into health care programs that millions rely on.

“An accurate census count is essential to guiding funding for programs that include Medicare, Medicaid, and the Children’s Health Insurance Program (CHIP),” says Terri Lipman PHD DRNP FAAN, the Assistant Dean for Community Engagement at Penn Nursing. “Populations that are frequently undercounted, such as children, the elderly, undocumented immigrants, and people experiencing homelessness, are often populations that could most benefit from health care coverage.”

The 2020 census has particular relevancy for nurses. Knowing more about the populations that you’re serving in a clinical setting can facilitate better health outcomes. That’s why Penn Nursing faculty and students will be playing an active role in the census—with volunteers undergoing training to become Census Champions. What exactly does this involve? Mostly, being a Census Champion is about leveraging pre-existing relationships with a community in order to perform outreach and education about why the 2020 census matters so much.

Especially when it comes to public health. What follows are just a few of the ways that the 2020 census results could shape American health care.

Among other things, the census is a measure of poverty. Millions of people in America benefit from federal and state health care programs such as Medicaid and CHIP, and community health centers that are meant to act as a safety net for those who cannot afford insurance premiums. The census results will have a tangible impact on how these resources are allocated and sustained for the next ten years. And the stakes are high. In Philadelphia alone, approximately a third of the people living in the City fall in a ‘hard to count’ demographic. Every person not counted in the census represents a federal-funding loss of $2,100 per year—or, over ten years, that’s $21,000 of missed funding for Philadelphia, per every person missed.

I initially went for the Census Training to learn more about the community in Philadelphia. Little did I know that nonresidents like myself (I’m an international student) and babies are part of the census count—not to mention how lack of knowledge can impact the funding for communities. We all have a part to play in spreading the word as Census Champions!”

The Department of Health and Human Services will utilize census data to measure the quality of service at hospitals and patient well-being, which can help hospitals better understand how to effectively care for the most vulnerable populations they serve.

The assessment of existing health programs often involves analyzing census data. For instance, health programs that are designed for rural communities are sometimes built around the recorded populations of such communities. Census data that reflect a population change in a community could alter health care programs that serve the community, which underscores the importance of conducting an accurate census. Inaccurate counts can negatively impact preparing for standard population health needs such as safety net health services. For example, as our population ages, dementia-related care is becoming increasingly important—and not having an accurate view on demographic population distribution will affect the availability of related health services like interpreters and multilingual providers.

As President of APANSA (Asian Pacific American Nursing Student Association), I hope to have our members volunteer for the Census in the greater Philadelphia community. I’m glad that Penn Nursing hosted this event—I didn’t know that college students staying on Penn’s campus had to complete census forms separately from our family. And as someone who holds a leadership position in a nursing organization, I want to help spread the word.”

Every year, the Centers for Disease Control and Prevention conduct a nationwide survey to measure public health in America. The data collection methodology for this survey (the National Health Interview Survey) is actually shaped by the census data collection method, which changes each decade to better account for those who are often overlooked and unrecorded.

The importance of collecting accurate census data is clear when it comes to health care. But for many Americans— such as undocumented residents—the prospect of being counted may cause discomfort. Concerns about privacy can lead to anxiety for people who would benefit from being included in the census. So how do health care professionals, including nurses, encourage more members of their community to take part in the 2020 census?

“Rather than just going into a community and talking about the importance of the census, it’s very important to undergo proper training for providing 2020 census education and also, to be prepared to address the concerns of that community,” says Lipman, alluding to the Census Champion training. “Here at Penn Nursing, we will be trained and we will be working with communities where we already have ongoing relationships. Having the trust of a community is crucial, and thanks to the training, we will be better able to answer questions that members of the community may have about issues such as how census data are protected.”

To that effect, Penn has joined forces with the City of Philadelphia to provide Census Champion training to students, faculty, and staff who want to help raise awareness in their community about the 2020 census and the opportunities to be engaged. Philadelphia alone will be hiring 3,000 temporary workers to carry out the census (and at up to $25.50/ hour, it’s a fairly lucrative gig.) But for nurses and health care professionals in particular, another way to approach census outreach is to frame the 2020 census within the context of previous conversations they may have had with their communities. This connects back to the foundational idea that Census Champions should have strong ties with their neighbors and a good track record of building trust, locally.

“We are looking to tie our promotion of the 2020 census to health care education,” says Lipman. “If we’re talking to a group of parents about the health of their children, we can also talk about how an accurate census count will be crucial for funding appropriation of children’s programs. Our Community Champion students, who are committed to the health of our local communities, are dedicated to becoming Census Champions to support this critical initiative.”