Penn Nursing programs consistently rank at the very top of U.S. News and other global rankings. 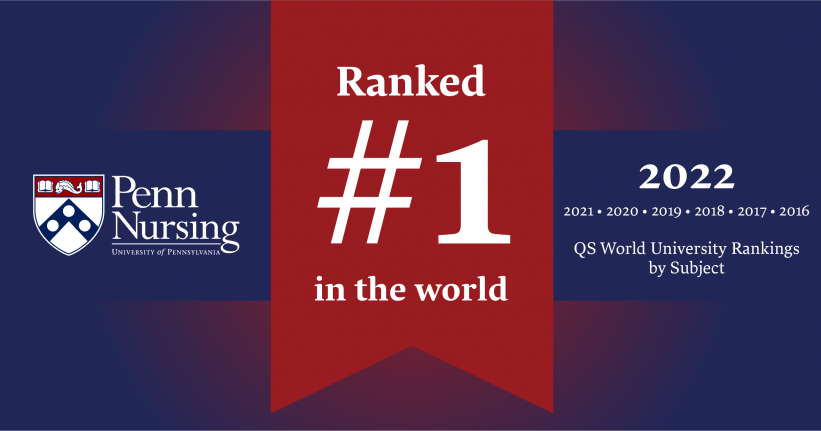 For the seventh year in a row, the University of Pennsylvania School of Nursing is ranked the number one nursing school in the world according to a recent survey by QS World University. The rankings highlight the world’s top universities in 51 different subject areas based on academic reputation, employer reputation, and research impact.

Penn Nursing’s Undergraduate program was ranked #1 by US News and World Report.

The US News and World Report ’2023 Best Graduate School’ rankings have been released and these individual Penn Nursing programs are noted for their high marks: