The Elizabeth Wright Fund—which gave Penn Nursing its first student exchange program—has its roots in a time when post-operative hospital stays were longer, and when private duty nurses attended patients in the hospital as well as at home after discharge.

“This was in the 1940s,” says Louise Albert, CW’56, who established the Elizabeth Wright Fund in 1980, “and physical therapy was a thing in the future. My mother had such a situation, and Elizabeth Wright was my mother’s nurse. Betty came to our home every day for at least two weeks to a month from morning to night. This happened twice, but by the end of the first operation’s home care, the entire family had become friends with Betty—she was wonderful. When Betty finally retired, my mother established a fund that gave income to Betty during her lifetime but had to be given to charity at her death.”

Louise was made trustee of the trust, and tasked with deciding on where the remainder of the trust should go after Betty passed away. “I really thought hard about what to do with this money that might make a difference. In the end, I knew the funds should go to something that would be meaningful to Betty. Of course, the answer was Penn Nursing.”

She continues, “To make the program established by the funding significant, I thought it best to incorporate a place that almost all Americans looked to but had little knowledge of at the time: Israel. I met with Claire Fagin, who was Dean of Penn Nursing—she loved the proposal! To accomplish this notion took some research, however, with Claire and others investigating the possibilities in Israel, particularly at Hadassah Medical Center in Jerusalem. Evaluating academic standards, understanding the culture, and preparing a program—it was an enormous task. I personally give Claire and those professors a big hug for making this program work.”

Over the years, more than 120 Penn Nursing undergraduates have had an opportunity study in Israel, thanks to the Elizabeth Wright Fund. Brooke Keeney, Nu’01, visited Israel during her sophomore year through the exchange program. “I fell in love with Israel during that 10-day trip,” she says, “and I could not wait to return the following year to study for a semester at Hebrew University. My time in Israel gave me a passion for the language, culture, and people of the Middle East and a desire to use my nursing degree cross-culturally. I have since spent time in developing nations, including Afghanistan, Iraq, and Sudan, using my nursing skills and Penn education to bring health and healing to the people in those developing countries. I loved living and serving in another country and feel that my time abroad made me a much better, more compassionate nurse and most definitely further developed my love for people from other nations.” 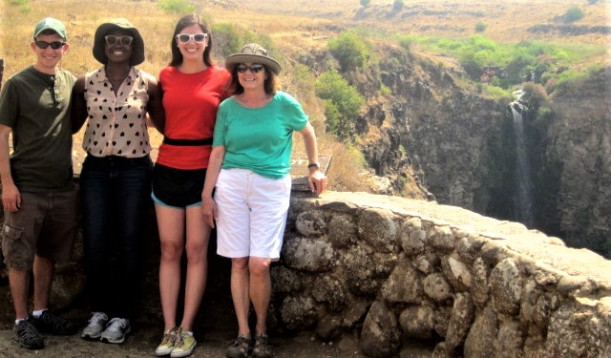 Barbara Medoff-Cooper PhD, RN, FAAN, Professor Emerita of Nursing at Penn Nursing, has overseen the program for more than twenty years. “Brooke’s reaction to visiting Israel is a common one—this is often a life changing experience for students. Penn Nursing juniors and seniors are very fortunate indeed to have access to such a fantastic resource. Students typically visit public health agencies and local hospitals to get a full understanding of the Israeli health care system and public health needs. More recently, I’ve engaged in work to facilitate faculty exchanges so that Israeli academics may visit Penn’s campus as well, which is very exciting.”

Louise is proud of all the Elizabeth Wright Fund has accomplished over the years. She says, “I am particularly proud that this gift to Penn Nursing was a catalyst for the School’s involvement in international issues, particularly its status as a World Health Organization (WHO) collaborating center.”

Today, Penn Nursing students have access to a variety of study abroad opportunities, such as Thailand, Guatemala, and Mexico, among others, for clinical and other educational encounters—but it all started with the Elizabeth Wright Fund.